This was a big week of firsts for Alice. On Sunday Cassandra and Chrissy came over to visit. At one point Alice went over to Cassandra and said, “Hi baby.” This was the first time Alice has combined two of her words into a sentence. On Monday, I took a vacation day. The three of us went to the Calgary Zoo for the first time as a whole family. Mommy and I bought annual passes so we can go back again and again. We met Cassandra, Chrissy, and Norm there too. 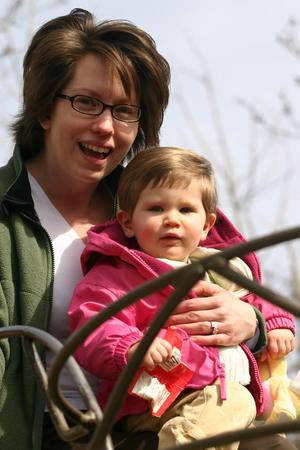 Alice’s favourite parts of the zoo visit were all the other children. Cassandra slept almost the whole time – ah, to be that young and carefree again. Early in our zoo visit Alice was walking along the paved pathway. She got excited and started to walk quickly down a slight incline. Much to our horror, she fell face first; her mouth hit the pavement pretty hard. Corinna quickly scooped Alice up but the tears were already flowing. Her upper lip was cut and bleeding, so I scrambled to get the ice pack out of Alice’s cooler. The bleeding didn’t last very long, but her lip was already twice it’s normal size. After a few minutes she stopped crying, brave little girl. It helped that Chrissy and Norm were there to distract her. 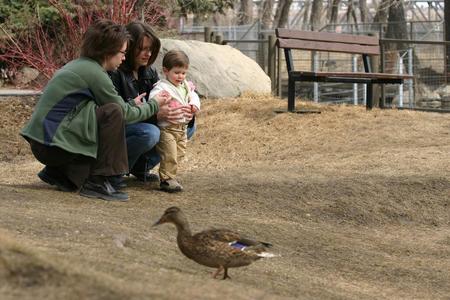 For the rest of the visit, Alice stayed pretty close to Mommy. 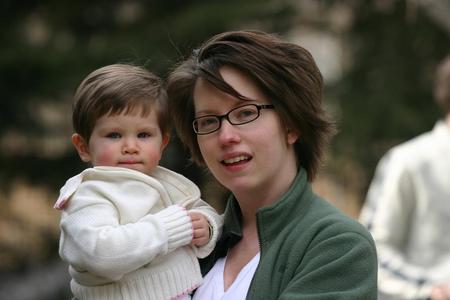 About 45 minutes after the fall we went to the hippo building. There was an enormous tank of water with three hippos, including one baby. And hundreds of tilapia. 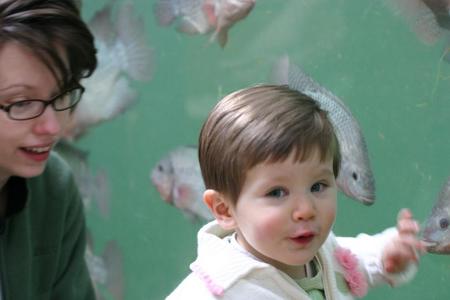 From Alice’s perspective, the hippos were not visible but she thought the tilapia were pretty neat. 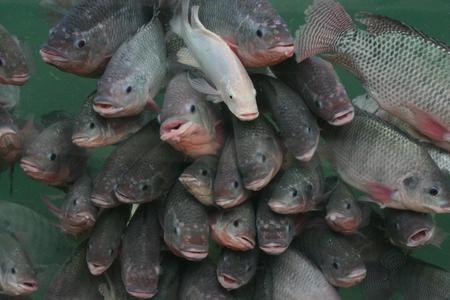 Before we left the zoo we stopped off at the cafeteria for ice cream. Alice was such a good little girl that she got a Bernard Callebaut ice cream bar. It was nice and cold on her poor upper lip. 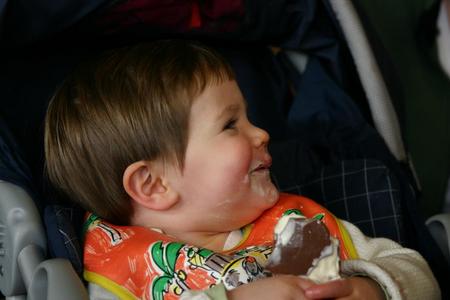 Today while I was at work, Alice and Mommy were looking at photos of our honeymoon. When they looked at one of the photos of me, Alice said, “Hi Daddy.” A second sentence! What a wonderful little girl.