A week ago Alice cut her finger. It was a pretty small cut – like a paper cut – but she was quite upset. We’re not even sure how she got the cut. We were headed to the Zoo, so we stopped and bought some Dora the Explorer Bandaids. We put a small one on her finger, and this seemed to ease her discomfort, poor little girl. Over the next few days it was very important to Alice that she have a bandaid on at all times. The bandaid would often get wet and slip off her fingertip. She’d pick it up and slide it back on – like a ring. It was pretty cute. I tried to photograph the cut, but it was pretty small, and it’s hard to hold still when you’re 2. 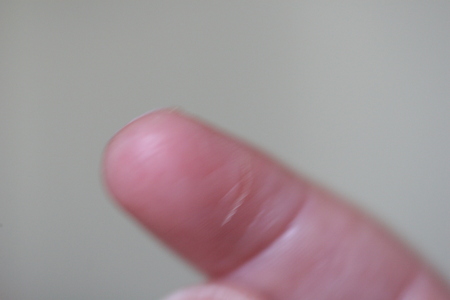 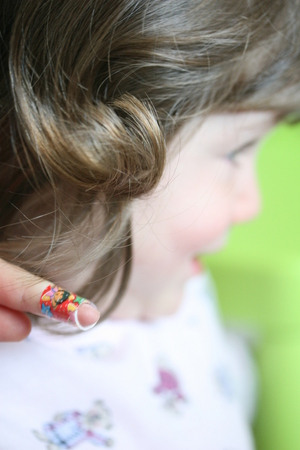 The bandaids are no longer needed, and Alice’s finger looks great.